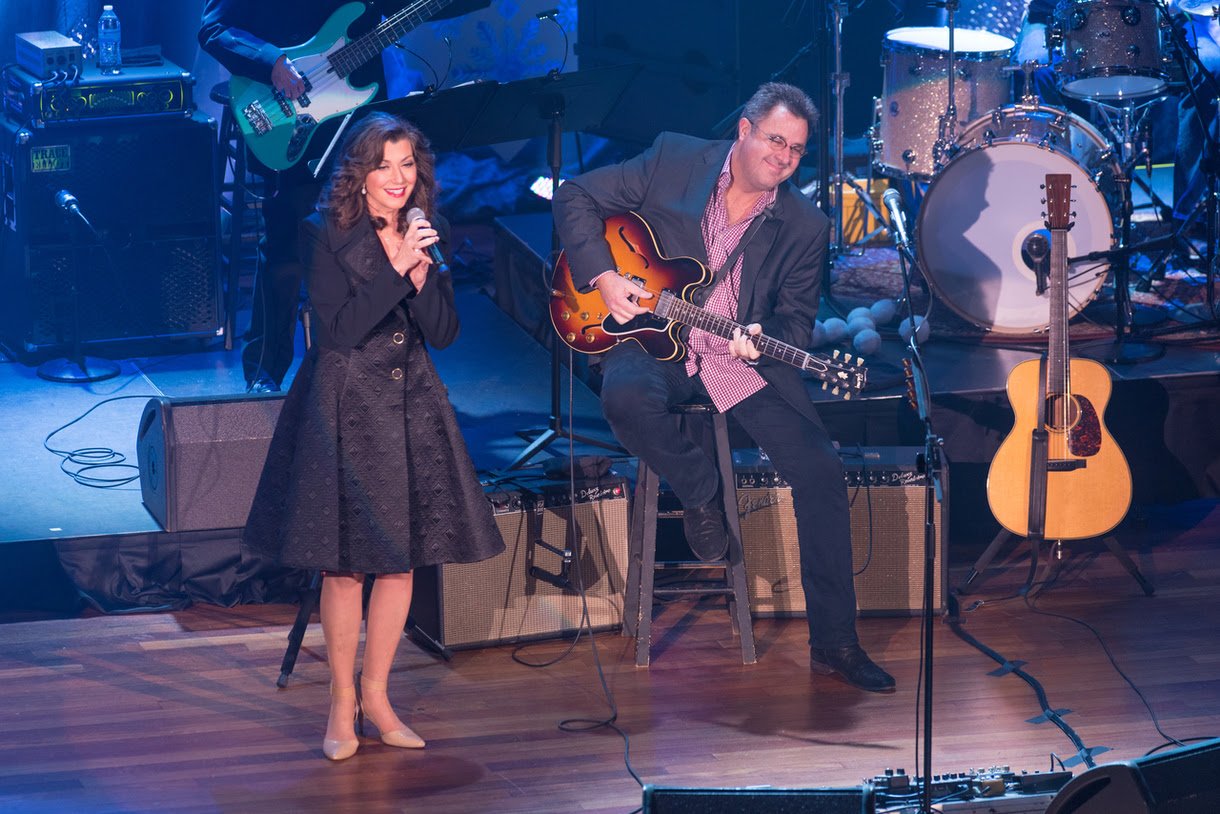 This week’s Grand Ole Opry lineup is a family affair with Vince Gill set to take the stage alongside wife Amy Grant and daughters Jenny Gill and Corrina Grant Gill. The Grand Ole Opry will broadcast around the world again this week for its 4,917th consecutive Saturday night, but without a live audience due to coronavirus restrictions under Nashville Mayor John Cooper’s “Safer at Home” order.

With Nashvillians at home and live shows paused at the Grand Ole Opry to help reduce the spread of COVID-19, this Saturday’s performance will once again take place without a live audience. Grand Ole Opry management has worked closely with the Nashville’s Director of Health to bring the show live to millions around the world while following strict safety protocols under the guidance of local health professionals.

“As our city takes necessary public health measures to ensure the safety and well-being of our residents, the Opry’s Saturday broadcast will be an important reminder to Nashvillians and millions of people around the world that the music will always continue playing in Music City,” said Nashville Mayor John Cooper. “With families safely watching and listening from their homes across our city, we are grateful to have some of our city’s greatest ambassadors – Vince Gill, Amy Grant and members of their family stepping on to the stage Saturday night to lift our spirits.”

“I can’t count the number of times I have walked through our house on the way to the coffee pot, hearing Vince or one of the kids working on a song and wishing the whole world was surrounded by music the way I have been,” said Amy Grant. “Music is healing and soul-filling and connects us to each other. I’m honored and thrilled that our family has been asked to take the Opry stage on Saturday night.”

The Gill family will step on the stage together this Saturday, March 28 at 8 PM ET / 7 PM CT. The show will be broadcast live on Circle, and on Gray TV stations and other TV affiliates in addition to a companion live stream on Circle’s Facebook and YouTube. TV and radio personality Bobby Bones will host the Circle telecast, while Opry announcer Mike Terry will join the Opry’s radio audience at the on-stage announcer podium. Embracing today’s technology, the Opry will be broadcast and streamed with a very small production team and just four artists performing acoustically on the Opry stage.

Fans around the world can also tune-in to the broadcast on the Opry’s flagship radio home, 650 AM-WSM and several other outlets. More than a million fans tuned in live last Saturday to video stream or listen to Opry members Vince Gill, Brad Paisley and Marty Stuart perform acoustically from the Opry Circle.

Amy Grant’s career spans more than 40 years and stretches from her roots in gospel into becoming an iconic pop star, songwriter, television personality and philanthropist. With three multi-platinum albums, six platinum albums and four gold albums, her total career album sales have exceeded 30 million. Grant’s chart success has been consistent throughout her career with six No. 1 hits, 10 Top 40 pop singles, 17 Top 40 Adult Contemporary tracks and multiple Contemporary Christian chart-toppers. In addition to her six GRAMMY® Awards, Grant has earned 26 Dove Awards (including four Artist of the Year Awards) and has been awarded a star on the Hollywood Walk of Fame as well as the Music City Walk of Fame. Conventional wisdom has it that Grant put Contemporary Christian Music on the map becoming the first Contemporary Christian artist to have a platinum record, the first to hit No. 1 on the Pop charts and the first to perform at the GRAMMY® Awards. With that, her legacy as one of the most influential artists of the past four decades is assured. In April of 2016, Grant celebrated the 25th anniversary of her iconic hit “Baby Baby” with a worldwide release of the song featuring pop sensation Tori Kelly. Tennessee Christmas released in late 2016, marking Grant’s first all-new holiday album in nearly 20 years.

To plan an Opry visit, call (800) SEE-OPRY or visit opry.com. The Opry presents the best in country music live every week from Nashville, Tenn.  Celebrating nine decades of entertainment, the Opry can be heard at opry.com and wsmonline.com, Opry and WSM mobile apps, SiriusXM Satellite Radio, and its flagship home, 650 AM-WSM. The Grand Ole Opry is owned by Ryman Hospitality Properties (NYSE: RHP).  For more information, visit opry.com.