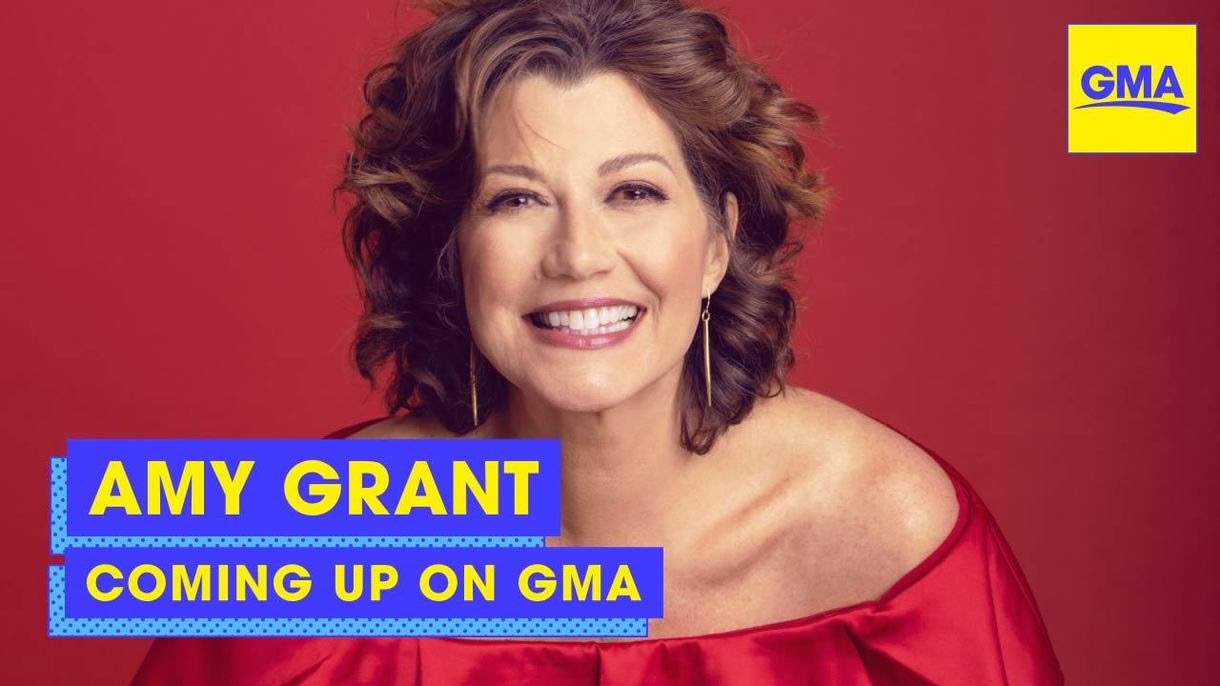 Six-time GRAMMY-winner Amy Grant will perform her iconic hit, “Every Heartbeat,” next Wednesday, February 10th on ABCs Good Morning America.  Her first television performance since her open heart surgery last summer, it also commemorates American Heart Month as well as a year-long campaign celebrating the 30th anniversary of her blockbuster album, Heart In Motion.  Grant gave her first interview post-surgery to the show’s Robin Roberts last August, and will also speak with Roberts again live on the 10th.  “I enjoy any opportunity to be with Robin Roberts, virtually or otherwise,” Grant says.  “She feels familiar, like family, and her openness about her own health journey made me feel comfortable sharing mine for the first time last Fall.  During the month of February, which celebrates and encourages everyone to take care of their own hearts, I’m thrilled to be performing “Every Heartbeat” on GMA for the first time since my open heart surgery, It’s going to be a great morning!”

Throughout 2021 Grant will be sharing memories, announcing special releases, sharing behind-the-scenes photos, fun playlists, new versions of timeless classics, social media blitzes, more interviews and exciting ways fans can join in on the celebration of “Heart in Motion’s” 30th Anniversary.  Starting next week, February 8-12 fun Heart in Motion E-cards have been created to send to loved ones for Valentine’s Day. To keep up with all the fun, follow Grant’s socials.

Amy Grant’s career spans more than 40 years and stretches from her roots in gospel into becoming an iconic pop star, songwriter, television personality and philanthropist. With three multi-platinum albums, six platinum albums and four gold albums, her total career album sales have exceeded 30 million and over 1 billion global streams. Grant’s chart success has been consistent throughout her career with six No. 1 hits, 10 Top 40 pop singles, 17 Top 40 Adult Contemporary tracks and multiple Contemporary Christian chart-toppers. In addition to her six GRAMMY® Awards, Grant has earned 26 Dove Awards (including four Artist of the Year Awards) and has been awarded a star on the Hollywood Walk of Fame as well as the Music City Walk of Fame. Conventional wisdom has it that Grant put Contemporary Christian Music on the map becoming the first Contemporary Christian artist to have a platinum record, the first to hit No. 1 on the Pop charts and the first to perform at the GRAMMY® Awards. With that, her legacy as one of the most influential artists of the past four decades is assured. In April of 2016, Grant celebrated the 25th anniversary of her iconic hit “Baby Baby” with a worldwide release of the song featuring pop sensation Tori Kelly. Tennessee Christmas released in late 2016, marked Grant’s first all-new holiday album in nearly 20 years.  Last February, The T.J. Martell Foundation – the music industry’s leading nonprofit to fund innovative medical research focused on treatments and cures for cancer – honored Grant with the Tony Martell Outstanding Entertainment Achievement Award at their 2020 Honors Gala. Amy Grant will perform “Every Heartbeat” on Good Morning America on Weds. Feb. 10.