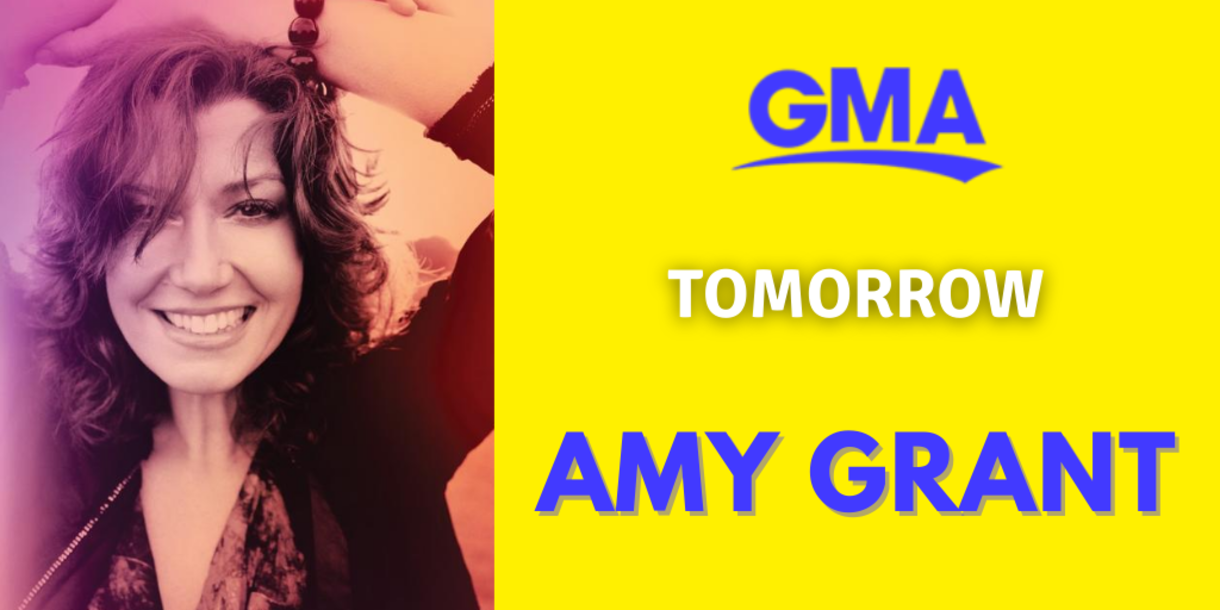 Amy Grant on “Good Morning America” Today, Wednesday Aug. 13: In June Christian Activities reported on Amy Grant’s recovery from heart surgery for PAPVR, a heart condition that is sometimes present at birth, in which one or two of the pulmonary veins of the heart drain blood into the right atrium instead of the left atrium. Now Grant will be appearing on “Good Morning America, discussing the relatively rare open-heart procedure with Robin Roberts.

Amy Grant’s career spans more than 40 years and stretches from her roots in gospel into becoming an iconic pop star, songwriter, television personality and philanthropist. With three multi-platinum albums, six platinum albums and four gold albums, her total career album sales have exceeded 30 million and over 1 billion global streams. Grant’s chart success has been consistent throughout her career with six No. 1 hits, 10 Top 40 pop singles, 17 Top 40 Adult Contemporary tracks and multiple Contemporary Christian chart-toppers. In addition to her six GRAMMY® Awards, Grant has earned 26 Dove Awards (including four Artist of the Year Awards) and has been awarded a star on the Hollywood Walk of Fame as well as the Music City Walk of Fame.

Grant took Contemporary Christian Music from a small niche category of Gospel Music to the mainstream becoming the first Contemporary Christian artist to have a platinum record, the first to hit No. 1 on the Pop charts and the first to perform at the GRAMMY® Awards. With that, her legacy as one of the most influential artists of the past four decades is assured. In April of 2016, Grant celebrated the 25th anniversary of her iconic hit “Baby Baby” with a worldwide release of the song featuring pop sensation Tori Kelly. Tennessee Christmas released in late 2016, marked Grant’s first all-new holiday album in nearly 20 years.  This past February, The T.J. Martell Foundation – the music industry’s leading nonprofit to fund innovative medical research focused on treatments and cures for cancer – honored Grant with the Tony Martell Outstanding Entertainment Achievement Award at their 2020 Honors Gala.