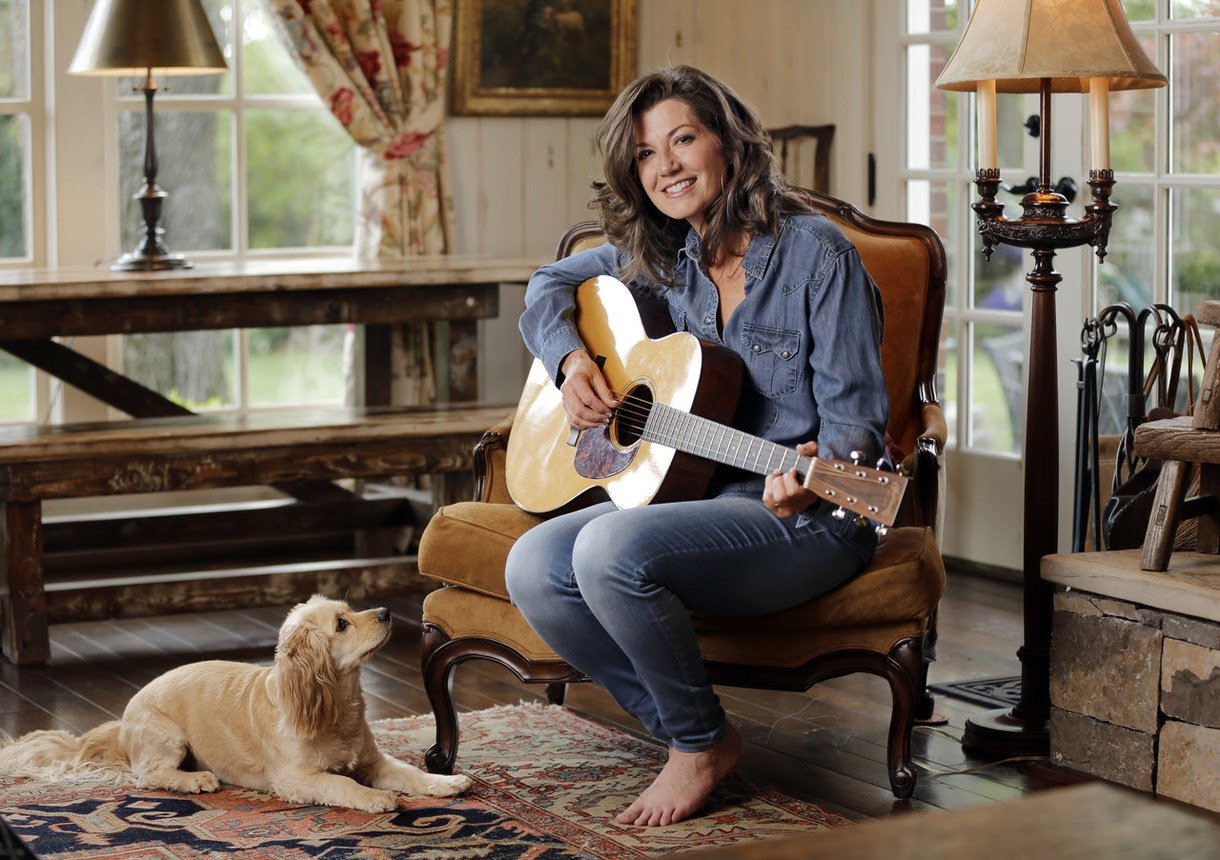 Amy Grant on FOX Easter: This Sunday 6-times GRAMMY-winner Amy Grant will do something she’s never done before when she performs on FOX Easter from her living room.  Grant will appear on national TV via FOX & Friends Easter programming tomorrow during the 8am EST hour to sing “How Great Thou Art.” According to her Facebook page, she and the band also taped a performance of “Better Than A Hallelujah” for “Fox & Friends.” Grant appears as part of FOX’s extensive Easter programming which includes her friend Michael W. Smith appearing with Franklin Graham at 10am EST.

Also on Easter, Grant is partnering with Gratitunes to give thanks to the Vanderbilt University Medical Center (VUMC) staff in Nashville by releasing “Carry You,” a special video song message.  On National Doctors’ Day, March 30, Music Row and Nashville’s creative community came together to support VUMC staff through the launch of “Gratitunes.”  The new consumer-generated music platform celebrates and thanks members of the VUMC family, through the power of music, for their dedication, empathy and unwavering commitment during the COVID-19 pandemic.

Brad Paisley kicked-off the program and through the month of April, a new artist each day is sending a ‘Gratitune’ on their personal Instagram page.

Individuals can visit www.gratitunes.com to add their own ‘Gratitune’ to a playlist, which will be made available to all COVID-19 VUMC Assessment Sites and the Hospital to help lessen stress and anxiety, and lift spirits. Once a Gratitune is shared, individuals will receive a unique graphic with their dedicated tune that can be shared across all social media platforms, using hashtags #Gratitunes and #VUMCHeroes, encouraging others to do the same.

About Amy Grant:
Amy Grant’s career spans more than 40 years and stretches from her roots in gospel into becoming an iconic pop star, songwriter, television personality and philanthropist. With three multi-platinum albums, six platinum albums and four gold albums, her total career album sales have exceeded 30 million and over 1 billion global streams. Grant’s chart success has been consistent throughout her career with six No. 1 hits, 10 Top 40 pop singles, 17 Top 40 Adult Contemporary tracks and multiple Contemporary Christian chart-toppers. In addition to her six GRAMMY® Awards, Grant has earned 26 Dove Awards (including four Artist of the Year Awards) and has been awarded a star on the Hollywood Walk of Fame as well as the Music City Walk of Fame. Conventional wisdom has it that Grant put Contemporary Christian Music on the map becoming the first Contemporary Christian artist to have a platinum record, the first to hit No. 1 on the Pop charts and the first to perform at the GRAMMY® Awards.

With that, her legacy as one of the most influential artists of the past four decades is assured. In April of 2016, Grant celebrated the 25th anniversary of her iconic hit “Baby Baby” with a worldwide release of the song featuring pop sensation Tori Kelly. Tennessee Christmas released in late 2016, marked Grant’s first all-new holiday album in nearly 20 years.  This past February, The T.J. Martell Foundation – the music industry’s leading nonprofit to fund innovative medical research focused on treatments and cures for cancer – honored Grant with the Tony Martell Outstanding Entertainment Achievement Award at their 2020 Honors Gala.