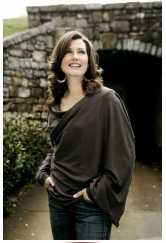 Legendary contemporary Christian and pop singer/songwriter Amy Grant is in the hospital for treatment and observation following a bike accident in Nashville on July 27. The singer was not seriously injured in the bicycle crash, but the 61 year old sustained cuts, bruises and lacerations. This resulted in Grant being transported by ambulance to Nashville’s Vanderbilt University Medical Center for medical care of her injuries.

According to WKRN, Amy Grant was riding a bicycle around 3 p.m. near the Harpeth Hills Golf Course on the south side of Nashville when she crashed She was reportedly wearing a helmet, which might have prevented more serious injury, and is in stable condition. The Friends of Amy Facebook group reports that Grant should come home from the hospital tomorrow.

This has been a landmark year for Grant. She was recently named to the Kennedy Center 45th Class of Honorees. Her ‘Behind the Eyes’ album celebrates 25 Years in September, 2022. She had rare heart surgery earlier this year.