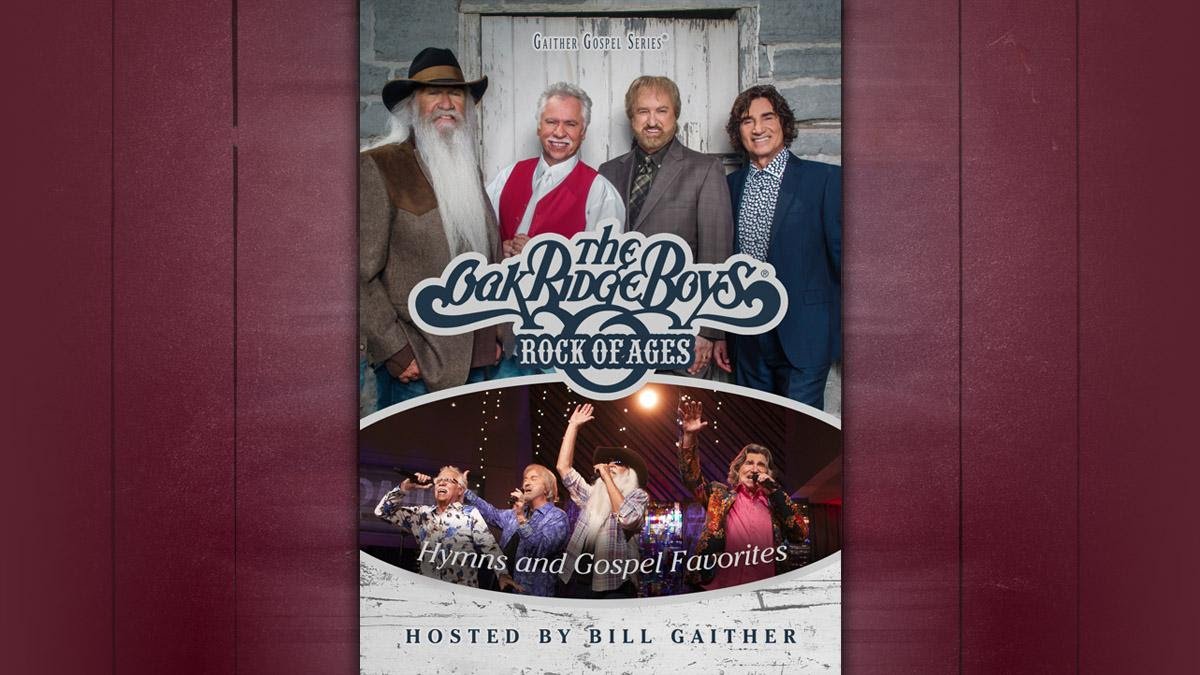 Gaither Music Group is thrilled to announce the upcoming release of a new DVD–Rock of Ages–from the legendary country and gospel music group The Oak Ridge Boys.

As a part of Gaither’s widely-popular Gaither Gospel Series®, the GRAMMY® Award-winning vocal group brings to the stage their heartfelt renditions of fifteen of their favorite hymns and gospel classics.  Released on January 21, the Rock of Ages DVD spotlights a diverse collection of some of the most treasured Gospel music classics and timeless hymns, while showcasing The Oak Ridge Boys’ unmistakable, four-part blends.

A long-awaited companion to their popular Rock of Ages CD (Gaither Music Group, 2015), Duane Allen, William Lee Golden, Joe Bonsall and Richard Sterban bring new arrangements to beloved songs such as “In the Sweet By and By,” “In the Garden,” “I Love to Tell the Story” and more. Packed with powerhouse vocal performances, the DVD includes a guest appearance from GMA Hall of Fame members The Isaacs, a tribute highlighting country music icon Merle Haggard’s vocals on the song “Sweet Jesus” as well as a never-before-seen interview with the group’s longtime friend and gospel music legend Bill Gaither.

A Rock of Ages TV special is currently airing on PBS, Circle TV, TBN, RFD-TV, GaitherTV, TCT, Heartland and CTN. The special will also be airing in Canada on Vision TV, CTS, The Miracle Channel and Hope TV. The Rock of Ages TV special will premiere on the Gaither Music TV YouTube channel on Thursday, January 27, and can be watched on the GaitherTV platform which is available on Roku, Amazon FireTV, AppleTV, Android TV, iOS and GooglePlay.
The Rock Of Ages DVD will be available at online accounts, retail stores and at Gaither.com; and individual music videos from the release will be available at all digital streaming accounts and on the Gaither YouTube Channel (over 2.4 million subscribers and over 2.3 billion views).

The first two digital singles, “In the Sweet By and By” and “I Love to Tell the Story” are available to watch now across all digital video platforms.