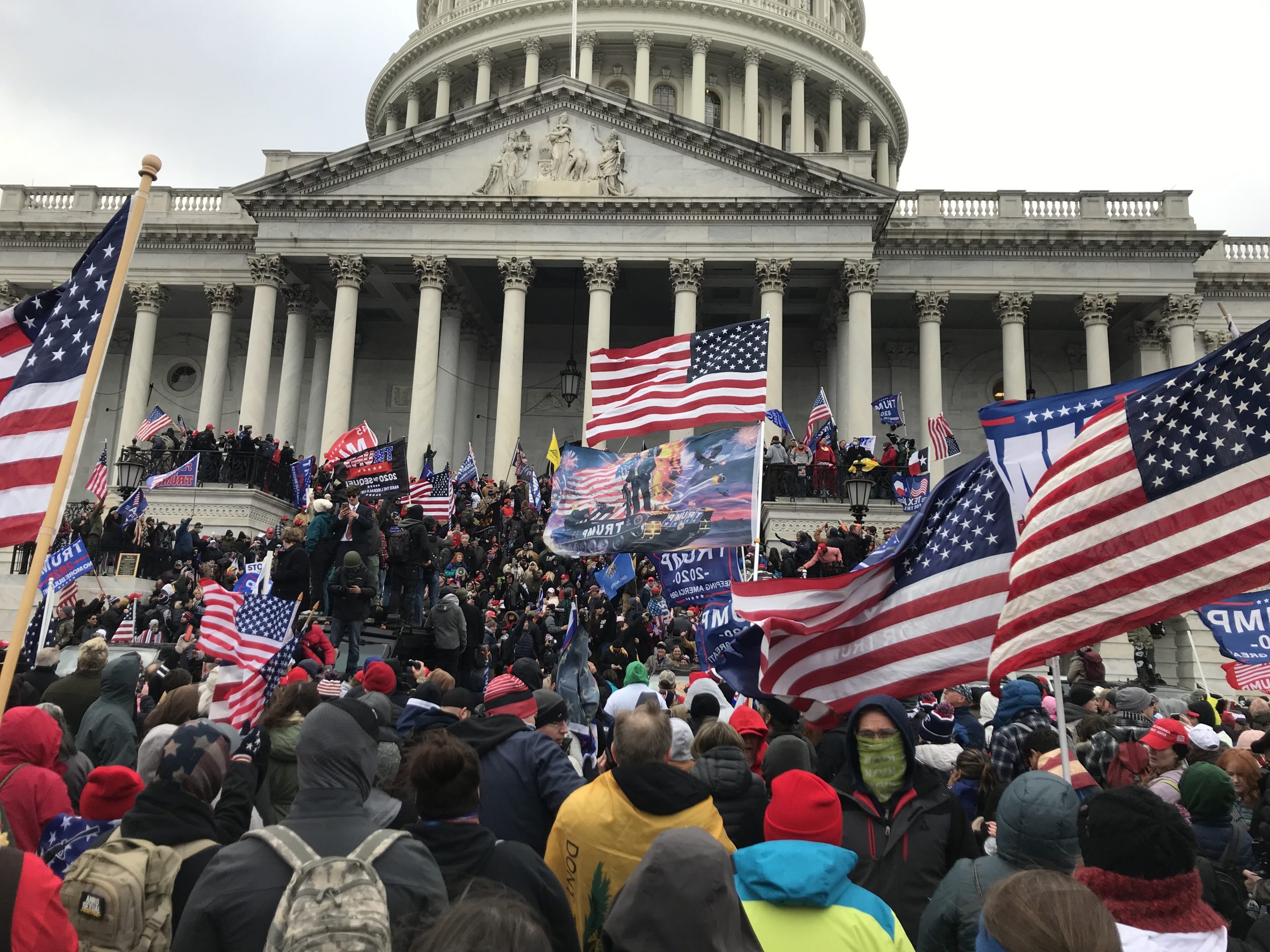 My Save America Rally Thoughts

I attended the Trump Rally on Jan. 5 and the Save America Rally on Jan. 6 as a member of the press. Here are my thoughts on the MAGA rally in Washington D.C. and subsequent violence at the Nation’s Capitol.

I drove my car to different MAGA rally points to take photos and talk to people. I was impressed with the quiet, upbeat demeanor of the thousands of Trump supporters I saw. No one was talking about storming the U.S. Capitol.

How Many Trump Supporters Were at the Save America Rally?

One of the questions I have been asked is, “How many people attended the Save America Rally?” It is hard to get a valid figure. The Trump administration has mentioned over a million people. During his speech, President Trum referred to “hundred of thousands,” asking that cameras be turned around so viewers could see more of the immense crowd. CNN and other liberal-conglomerate-owned media are saying thousands. FOX and USA Today report that tens of thousands of Trump supporters were on hand.

The area where much of the Trump rally took reportedly place holds 135,000 people, and it looked packed to me. There were also people gathered at several different locations and on the streets of D.C. throughout the event, so a full head count could never be taken at one location. My best guess is that President Trump’s estimate is correct that hundreds of thousands were spread out at various locations across Washington, D.C.

Why CNN, MSN and Other Mainstream Media Are No Longer Trustworthy

After watching CNN for the first time in years at the hotel, I have to say, people are right not to trust the media. Well over 90% of mainstream news channels are now owned in the US, by five powerful liberal media conglomerates. A little over decade ago, over 50 different companies owned the major stations, but the biggest conglomerates quietly bought the smaller companies and became almost a single left-leaning monopoly. They DON’T tell the truth anymore.

Watching CNN with fresh eyes, I was troubled by the overwhelming and blatant liberal bias. They weren’t even trying to report the news. It was just one biased criticism of President Trump after another before the rally even began. The talking heads weren’t investigating or reporting. It was simply one vitriolic, unprofessional, opinion piece after another. This is not journalism. It isn’t news. If you have watched CNN and MSN for a while, maybe you have been lulled into thinking they are news stations, because that’s what they call themselves, but they have devolved into conglomerate-owned propaganda outlets. And don’t get me started on the abuses by Facebook and Twitter.

This bias became more apparent after the Capitol was unexpectedly breached. Was I shocked that some of the peaceful crowd I had witnessed earlier was breaking into the Capitol? Certainly. There was no warning this was going to happen, and I am not a fan of vandalism or violence. It was shocking. But CNN went into a frenzy of self-righteous glee talking about the violence of the huge crowd of Trump supporters driven into an enraged frenzy by the President’s speech. This simply did not happen.

During his speech, President Trump encouraged his followers to march to the Capitol “PEACEFULLY and patriotically” to make their voices heard. And people did just that.

I was on the scene as people began to quietly show up. I stayed for 10 or 15 minutes taking photos. When I left the Capitol to get lunch, long lines had formed at the porta-potties and people were standing around quietly. There was no hint of violence in the air. If violence was planned, it was planned by a few people, and most of the crowd had NO IDEA what was about to happen.

Please take note of this: in spite of what the mainstream media keeps repeating over and over, only a very small percentage of protesters actually broke into the Capitol. The rest of the crowd—the vast majority—remained outside. And questions remain about how the MAGA protesters got past the Capitol barriers. Some videos show police signaling the crowd to come in with no violence at all.

Other videos show Trump supporters trying to stop the aggressive behavior of a few people in the crowd. Look for the man in the MAGA hat as he stops someone from beating on one of the Capitol windows.

Even on some of the videos shown on CNN, you can see the protesters calmly walking in single file through the Rotunda, carefully observing the velvet ropes as guidelines. As more people entered the Capitol, the crowd eventually swelled into other areas. A very small percentage of the few who entered the building were involved in the minor vandalism that took place at the U.S. Capitol with its turbulent history of violence.

If there was a plan to storm the Capitol, as some have suggested, more than 90% of Donald Trump’s supporters gathered for the rally did not know about it.

But don’t let the mega-conglomerate-owned media outlets fool you into thinking that President Trump whipped thousands of Trump supporters into a violent frenzy, causing the crowd to assault the Capitol to cause damage and hurt people. That did not happen. A relatively few people entered the Capitol. Even fewer caused any destruction.

BLM/Antifa Was at the Capitol

Other reports continue to indicate that BLM and Antifa may have infiltrated the Trump March group at the Nation’s Capitol to cause violence. According to NewsMax TV, at least one of those arrested is a known BLM agitator.

And while all the mainstream media and other entities are frantically trying to say there was no Antifa/BLM involvement, I continue to receive reports like this one:

The only shots fired—the only guns seen so far—were in the hands of the police and guards who shot and killed a female Trump supporter—Ashli Babbit, an unarmed white woman who was an Air Force vet. What would we be seeing on CNN if a black woman had been killed by police? Unfortunately, after Ashli was killed, things escalated.

Three other protesters — two men in their 50s and one woman in her 30s — reportedly died after separate medical emergencies, according to news reports. Witnesses on social media say police were using batons to beat protesters. No word on whether or not that caused any of the other medical emergencies.

There are reports that some police officers were injured at some time around the protest, possibly during the initial confrontation or when a crowd remained after curfew. Sadly, Brian D. Sicknick, a US Capitol Police officer was injured while physically engaging with protesters. He reportedly collapsed later in the day and died Thursday night. We condemn the violence and destruction at the Capitol as much as we condemn the violence and destruction at BLM/Antifa riots.

America has suffered a year of violence by BLM and Antifa, who rampaged across the country rioting, looting, destroying historic and religious statues, injuring and even killing bystanders and police while Kamela Harris applauded and Joe Biden and the mainstream media looked the other way.

Certainly the planners and orchestraters of any violence at these protests should be punished, whether BLM, Antifa, or Patriots. However, the two-faced, hand-wringing response by the conglomerate-controlled mainstream media oligarchy and the Biden-Harris platform to the violence at the Capitol, after a year of violent rampages by their friends in BLM/Antifa, is hypocrisy at its finest.