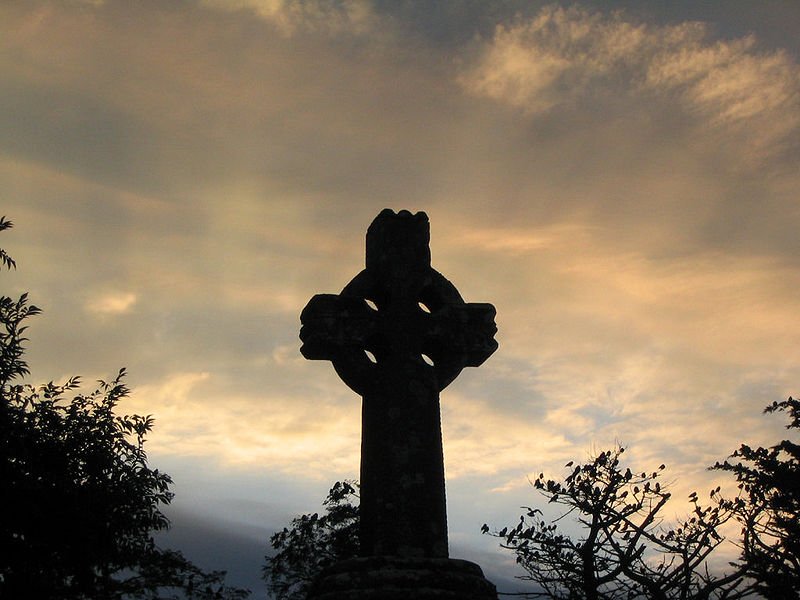 Celtic Christianity is a term applied to a set of beliefs in Briton during the Middle Ages that differed from Roman Catholocism. Some writers and historians believe there was a distinct Celtic Church. This church influenced the Celtic peoples and distinguishing them from the Roman Church. Other historians consider the Celtic Church to be only a set of distinctive practices which were found in those parts of Briton.

Whether it was truly a separate church or not, there were clearly certain unique Celtic traditions and practices present in the Irish, Scottish and British churches that were not practiced in the Roman Catholic Church. These distinct practices include: a different system for determining the dating of Easter, unique style of shaving the heads of monks, a different system of penance, and the popularity of going into “exile for Christ.”

Many scholars consider these difference to be simply regional and not a separate church. These historians believe the Celtic Church was part of the Roman Church when there was a great deal of regional variation in liturgy.

However, some traditions hold that St. Patrick and other church leaders founded the Celtic Christian Church separate from the Catholic church, possibly even before the Roman Catholic Church was fully established by Constantine around 325. Saint Patrick was never formally canonized by the Catholic Church because he lived before those Catholic laws were created.

The Celtic church had other difference from Catholicism. For one thing, instead of focusing on the individual, it emphasized community. Every church was a monastery based upon community. These were not reclusive monasteries where monks could life of silence. Instead, these were churches set up at accessible places close to roads and settlements where the local people could be reached and saved. Visitors were always welcome, and guest houses were almost always found as part of the monastery.

Instead of expecting blind devotion, the Celtic church was more relational. Author Magnus Magnussen once observed that Roman Clergy said,”‘Do as I say’ and expected to be obeyed, the Celtic clergy said ‘Do as I do’ and hoped to be followed.’”

In addition, rather than visions, the Celtic church emphasized seeing God in the ordinary. St. Patrick, for instance, taught the trinity through a shamrock. Author Esther De Waal says, “The Celtic approach to God opens up a world in which nothing is too common to be exalted and nothing is so exalted that it cannot be made common.”

Pelagius, considered by many the first prominent Celtic Christian theologian. wrote, “There is no creature on earth in whom God is absent… When God pronounced that his creation was good, it was not only that his hand had fashioned every creature; it was that his breath had brought every creature to life.” The Celtic church believed that God can be seen in everything around us.

Pelagius also taught that the image of God can be seen in a newborn child and that every child is conceived and born in God. This belief stood in sharp contrast to the “original sin” thinking of the Roman church that teaches that we are all born in sin and that sinfulness is transmitted from one generation to the next. Clearly the Celtic church was radically different from the Roman church in some ways.

It is of interest to note that there is a theory that the Celts are descended from one of the ten lost tribes of Israel, the tribe of Dan. The Bible says the tribe of Dan was know for its seafaring. Some historians surmise that they might have conducted sea voyages to Ireland, possibly colonizing under the name Tuatha Dé Danann it as early as early as 7th century BC.

Wouldn’t that be an interesting twist to the history of the Celtic Christian Church?