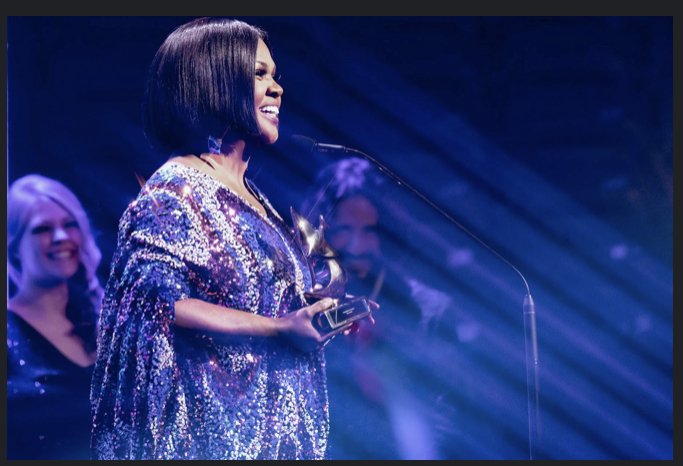 The 53rd Annual GMA Dove Awards were handed out Tuesday night, October 18th, 2022, in Nashville, Tennessee to a sold-out audience. The show aired tonight, Friday, October 21st, exclusively on TBN and was simulcast on SiriusXM The Message. Co-hosts Erica Campbell and Chris Tomlin led the all star night of music with performances from across the community including Gospel, Latin, hip hop and Southern Gospel.

Iconic artist CeCe Winans made Dove Awards history this year as the first Black female solo artist to win Artist of the Year. When accepting her award, instead of an acceptance speech, she sang a few lines from the hymn “To God Be The Glory,” moving many in the audience to tears. She and co-writers for “Believe For It” were also awarded Song of the Year. Throughout her incredible career, CeCe has won a staggering 25 Dove Awards including the very first New Artist of the Year award in 1988 with her brother BeBe Winans.

The theme of this year’s show was Sound of Heaven, highlighting how all the different styles of Christian and Gospel music come together under one banner of hope. “The music created by the artists assembled tonight covers a lot of ground style-wise,” said co-host Chris Tomlin, “but collectively they represent the sound of heaven.” Co-host Erica Campbell added, “We bring it all together to unite as one for the kingdom of God. One mind, one voice, giving glory to God. That’s the sound of heaven.”

The night was packed with one-of-a-kind performances, moments of reverent worship, and joyful celebration. In a touching, personal moment, TobyMac paused before his performance of “The Goodness” with Blessing Offor to address the crowd. “Thank you for the kindness you showed me and my family as we walked through the deepest valley in losing my firstborn son. Thank you for your thoughts and thank you for your prayers. We have felt surrounded by love. And that’s what the body of Christ should feel like, so thank you. There were times I never thought I would ever write another song, much less an up-tempo song or a song that felt like joy. But God is good. He might not always give us what we want, or take away the pain, but He is right here with us. He doesn’t leave. He remains.”

The night also included a one-of-kind Southern Gospel tribute with an all-female band including performers Karen Peck,Kim Hopper, The Nelons, and High Road, as well as a performance from Gateway Worship Españolfeaturing Christine D’Clario, Josh Morales, Daniel Calveti, Becky Collazos and Travy Joe. Steven Curtis Chapman kicked off his performance with an exuberant look back on his 35-year career singing a mash-up of “The Great Adventure,” “Lord Of The Dance,” and “Dive.”

To watch the 53rd GMA Dove Awards on demand on the TBN app: CLICK HERE

To get the full awards show audio broadcast including exclusive backstage interviews with winners, performers and presenters from SiriusXM The Message only in the SXM App: CLICK HERE.