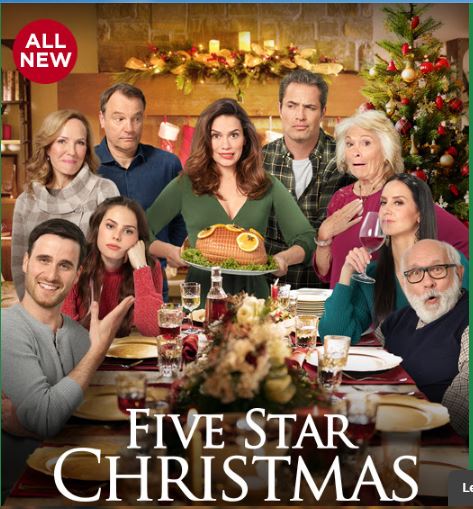 Hallmark has been known for popular, family-friendly Christmas movies, but makes a departure in their 2020 Hallmark holiday movie lineup

Holiday movie time is here, and Hallmark has introduced 40 brand-new Christmas movies to its 2020 holiday schedule, nine of which are releasing this week. The Thanksgiving week lineup includes: Heart of the Holidays Monday, A Christmas Tree Grows in Colorado on Tuesday, Good Morning Christmas Wednesday night, Christmas by Starlight Thursday, Five Star Christmas on Friday, Christmas Waltz on Saturday, and If I Only Had Christmas on Sunday. 2020 Holiday movies started airing on Hallmark on October 24,

Among the films scheduled for later during the holidays is The Christmas House, starring Jonathan Bennett, which features an LGBTQ storyline about a gay couple looking to adopt a child. While many will see this as a sign of “progress,” it is more evidence of the immense pressure the LGTB/liberal agenda movement is putting on businesses, media and others to normalize, embrace and mainstream homosexuality. Only one year ago, Hallmark pulled an ad of a lesbian couple kissing at the alter, saying that it was, “not allowed to accept creatives that are deemed controversial.” Presumeably, that decision brought the usual name-calling, hate mail, boycotts, and possible litigation the powerful LGTB forces can marshal.

Until a couple of decades ago, homosexuality was recognized throughout our nation’s (and global) history as psychologically deviant behavior as well as morally wrong. Those definitions have been scrubbed neatly from psychology books, textbooks, encyclopedias, history and popular culture due to the overwhelming number of movie studios, magazines, newspapers, news stations and social media networks which have been purchased by liberals with socialist leanings1 as well as by the overt liberal indoctrination in education. But some entertainment channels remained loyal to their traditional viewers.

“Hallmark was one of the few bastions of agenda-free, family-friendly programming left on television. It’s not surprising that this cultural shift has found its way to the Christmas movie capital of the world,” says Catherine Segars, pointing out that Hallmark films say to “follow your heart.”

Scott Lively of Abiding Truth Ministries told One News Now that Hallmark should understand that a clear definition of family values is important to society and to Christians, and that no company should stand for the bullying tactics of the LGBT movement.

The popular website One Million Moms agrees. “The once conservative network has caved to LGBTQ pressure and has done a one-eighty from the wholesome content the channel once aired, and the network is now catering to the Left,” the group says, asking people to both boycott all things Hallmark and to sign their petition.

In her article “Should Christians Be Concerned by the LGBTQ Direction in Hallmark Movies?” Segars writes: